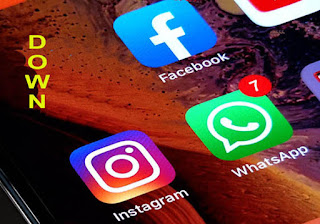 Many users around the world said they were having problems sending, uploading and uploading images on Facebook, Instagram, and WhatsApp, and not being able to send voice messages or media files that included audio files and some people said they had difficulty Access their accounts on the Instagram application 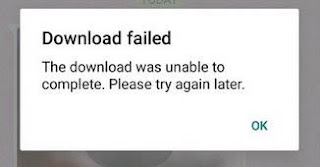 "We realize that some people are having trouble downloading or sending pictures, videos and other files to our applications," Facebook said in a tweet at his official Twitter account. "We regret the problem and are working to get things back to normal as soon as possible. 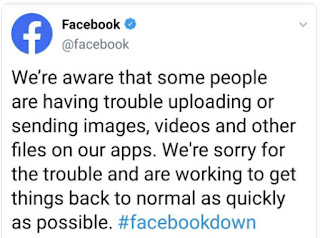 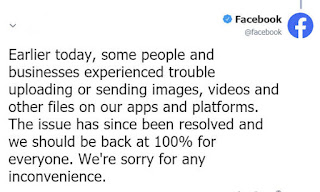 "We are aware that some people have a problem loading or sending pictures and videos on Instagram, and we regret the problem and are working to bring things back to normal as soon as possible," he said.

And then spread his joy to announce his announcement to overcome this problem, and said we have returned 100% 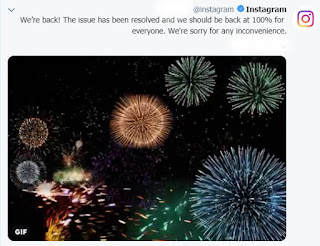 But the Sun newspaper pointed to the problem by reporting that the problem had hit European and US servers mainly, causing these problems to occur globally. 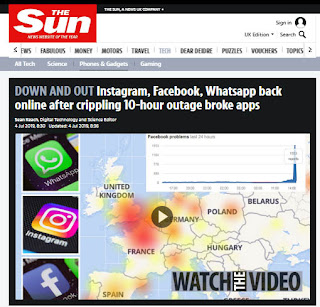 It should be noted that the company announced earlier this year, that it seeks to integrate the messaging feature in the three platforms and this merger will have many dimensions will be mentioned at the time

It was the last time the company's applications stopped working on April 14, and the holidays lasted for several hours before it resumed business as usual. Naturally, this is one of the most outrageous and reprehensible things because the world relies on its technology and its superiority over the most important platforms. Modern technology is widespread in an unprecedented manner.