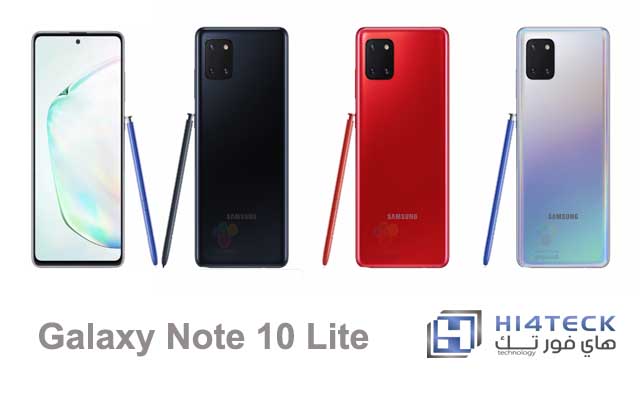 
A few weeks ago, most features and the first renderings of that future phone were leaked, and now we could see some real photos of the device. All this foreshadowed that the launch would be imminent and indeed, it has been: Samsung has officially announced the Galaxy Note 10 Lite with the Galaxy S10 Lite. 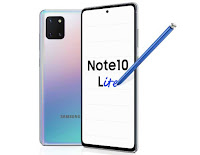 The new member of the Galaxy Note 10 family has a 6.7-inch Super AMOLED Infinity-O display that has a Full HD + resolution (2400 × 1080 pixels), an integrated fingerprint reader under the panel and a perforation in the center where the front camera is housed.

Inside, it hides an Octa-core processor from 10nm to 64 bits with four cores at 2.7GHz and another four at 1.7GHz. It is accompanied by two options of RAM (6 and 8 GB), 128 GB of internal storage (expandable with a micro SD card up to 1 TB) and Android 10 as the operating system. The company has not specified the processor model, but everything indicates that it is an Exynos 9810.

It also includes a facial recognition system and Samsung's ecosystem of applications and services, including Bixby, Samsung Pay, Samsung Health and the Samsung Knox security platform.

It comes with the famous S Pen and includes several features focused on productivity, such as Air Command and the Samsung Notes app. 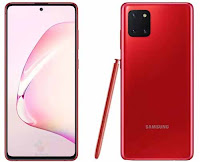 Autonomy has always been one of the main concerns of smartphone manufacturers. The Galaxy Note 10 Lite thus benefits from a battery whose capacity exceeds 4000 mAh, or more precisely 4500 mAh. As if that were not enough, Samsung offers a fast charge of 25W.

For your information, the Galaxy Note 10 Lite and its famous S-Pen will go on sale from mid-January. Several color options have been announced, including Cosmos Black, Stellar Silver, and Cardinal Red.

We hope that this quick review has liked you, in the hope that we will see your comments and posts with us.